Of the LGBTIQ+ students,

Of the rest of the respondents, 42 percent are concerned about their ability to cope at work, and 12 percent fear discrimination in their career. The differences in the figures are significant when comparing LGBTIQ+ students, i.e. students who belong to sexual and/or gender minorities, and other students. 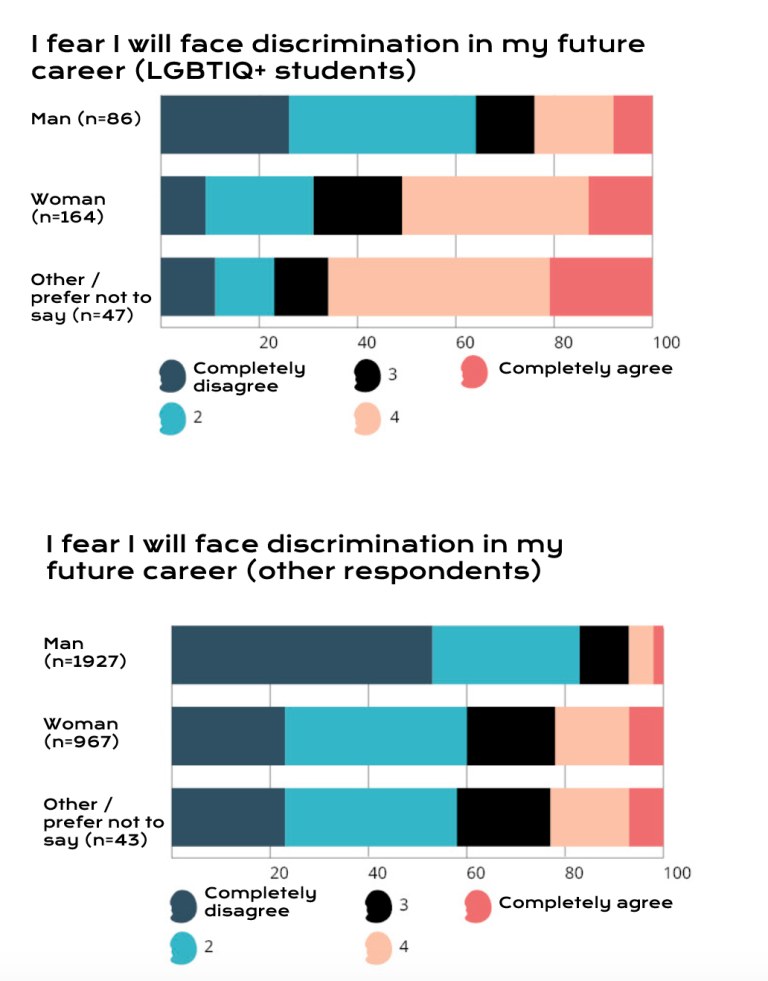 Fear they will face discrimination in their career:

There are major differences between genders in terms of whether the student fears they will face discrimination in their career or not. LGBTIQ+ students who reported their gender as “other” or “prefer not to say” feared discrimination the most. Of them, no less than 66 percent experienced fear.

Nearly one in four LGBTIQ+ students had experienced harassment or mistreatment while working in their own field. The share of, for example, non-minority women who said the same was 18 percent, and men, 4 percent. 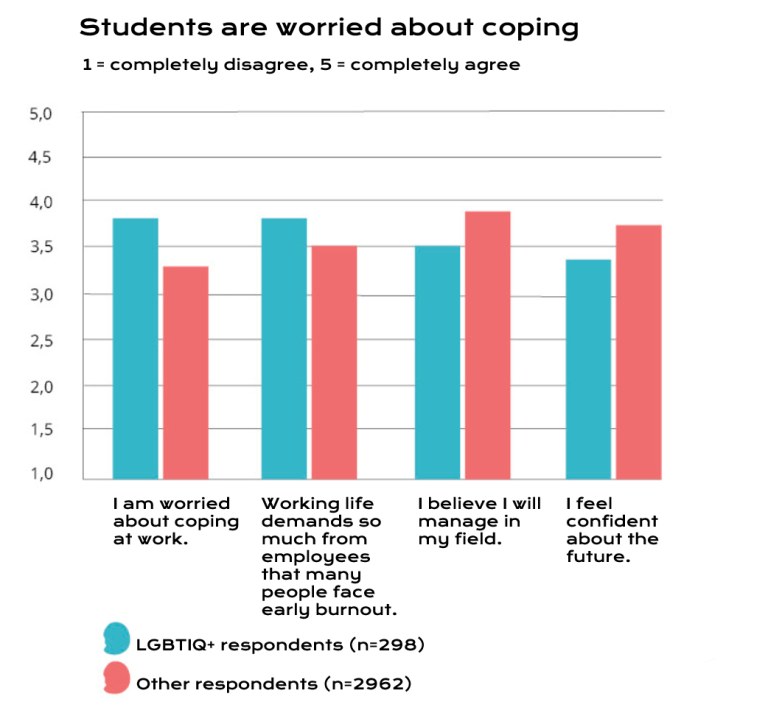 However, the ability to cope and manage work demands is more of a concern for students belonging to sexual and/or gender minorities than students who do not belong to these minorities.

How the survey was conducted

The theme of the TEK's student survey 2021 was future working life. The web survey was open 14–28 September 2021. The survey garnered responses from 3,260 student members of TEK, and the response rate was 18%. About half of the respondents were graduating from a bachelor's degree and the other half from a master's degree. Of the respondents, 9 percent stated that they belong to a sexual and/or gender minority. For the survey, gender minority was defined as anyone whose gender or its expression differs somehow from the normative understanding of gender.

Inclusion in the workplace