Academic engineers now consider their own personal situation and the situation at their workplace to be clearly improved when compared to a year ago.

The median salary of academic engineers rose by 2.5 percent from the previous year. This information comes from a new labour market study conducted by TEK.

The median salary of architects was 4 520 euros, while it was 4 770 for those who hold a master’s degree in STEM (science, technology, engineering, mathematics) subjects and 5 520 euros for those with postgraduate STEM degrees. Salary development has been positive for these degree holders as well. However, in smaller respondent groups there is much more uncertainty in the results, and annual fluctuations into different directions are not uncommon.

The most common reason for a raise was clearly a general salary increase.

75 % of respondents in full-time employment estimated that their salary had risen from the previous year. The most common reason for a raise was clearly a general salary increase, which was the case for 64 % of those respondents whose salary had increased. 29 % of such respondents had been given a salary increase based on personal performance, or a so-called merit raise.

The respondents evaluated their near future to be much better in both personal and professional terms than they did a year ago. 86 % of respondents in full-time employment considered the situation at their workplace to be stable or quite stable while 91 % thought the same about their personal situation. A year ago the same figures were 71 % (situation at the workplace) and 83 % (personal situation).

A total of 2.6 % of respondents were unemployed or laid off, while the same figure was 4.5 % a year ago. 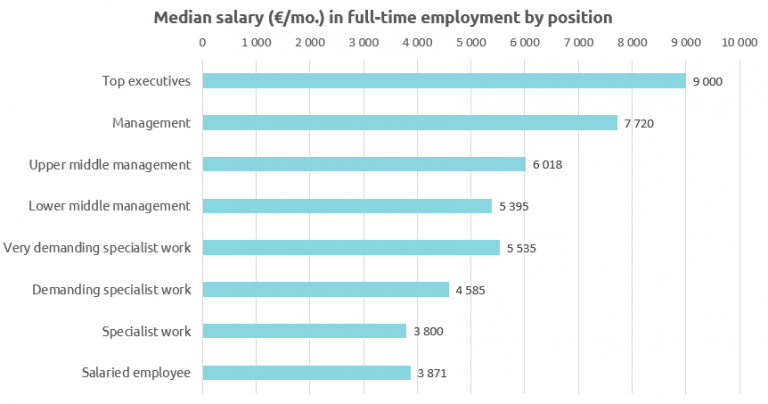 TEK’s labour market study was conducted in October–November 2021 and it garnered responses from some 9 100 members. Most of the respondents worked as specialists in the private sector. The most common completed degree among them was Master of Science in Technology.