Due to the Competitiveness Pact, the median salary for a Master of Science in Technology has only risen by 0.2 per cent since last year. The improved economy has resulted in higher employment rates.

According to a labour market survey conducted with the members of TEK academic engineers and architects, in October 2017 the median salary of a person with a Master of Science in Technology in regular employment was EUR 4,799, and the average salary was EUR 5,247 per month. The corresponding figures for Master of Science in Technology graduates this year were EUR 3,379 and EUR 3,454, respectively.

Of respondents in full-time employment, 47 per cent estimated that their salary had increased from the previous year. The salary had remained the same for 44 per cent and decreased for four per cent.

According to the TEK labour market survey, over the past few years the most common reason for an increased salary was a general increase.

– This year’s figures clearly show the significance of salary agreements made by trade unions – or rather the lack of such agreements, says TEK Secretary General Heikki Kauppi.

– Due to the Competitiveness Pact, there were no increases to salaries agreed on by trade unions in 2017, and for this reason the development of salaries was weak despite the signs of a coming economic boom.

Kauppi points out that as part of the Federation of Professional and Managerial Staff YTN, TEK has over this Autumn agreed on a total salary increase of 3.2 per cent for most of its members.

Kauppi also encourages academic engineers and architects to use the economic boom to their advantage in finding better job opportunities.

– Experience points to those who change employers having a better salary development. Being active combined with the general increases agreed on by trade unions guarantees the best results, Kauppi says.

The labour market survey results clearly show an improvement in employment rates. Of all respondents 3.8 per cent were unemployed, whereas for the past three years this number has been 6 per cent.

The data for the TEK labour market survey was collected in October 2017. The target group was TEK members in the labour market. In total, there were approximately 9,200 responses. The most common degree of the respondents was a Master of Science in Technology. The largest group of respondents were those working in expert positions in the private sector. 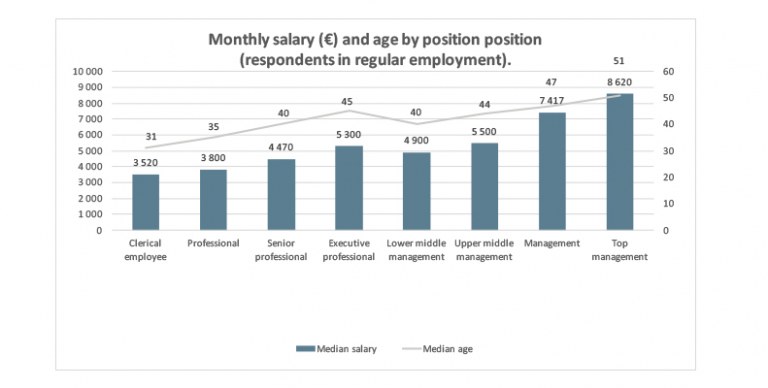