During Akava’s first presidential panel, candidates Jari Jokinen and Maria Löfgren were very much in agreement on things, even to a surprising extent. Differences could be found in the highlights of their work experience.

Akava’s presidential panel is running at full speed when a question from the audience pops up on the message wall: “What are your differences?” Even the host of the panel discussion, Head of the Politics and Economics Desk at MTV News Eeva Lehtimäki has to admit that Maria Löfgren and Jari Jokinen concur on many points. So, she asks Löfgren and Jokinen, the two candidates running for Akava presidency, to describe their differences in their own words.

“Over the years, I have served under more than eleven ministers, worked in the EU and learned to know the political system inside out. I also have versatile work experience as both a change manager and a social advocate. I was the first employee at Aalto University and responsible for a successful transition as three institutions of higher education merged into one new university. We have now implemented a change programme at TEK, and the outcome can be seen in the growth of membership.”

Maria Löfgren, Executive Director of the Negotiation Organisation for Public Sector Professionals JUKO, describes herself as an expert in the labour market and social security.

“And I’m a pretty damn good expert, too! I have more than 25 years of experience in the labour market activities of Akava. I am a professional negotiator and I know how to find solutions.”

(The article continues after the image.) 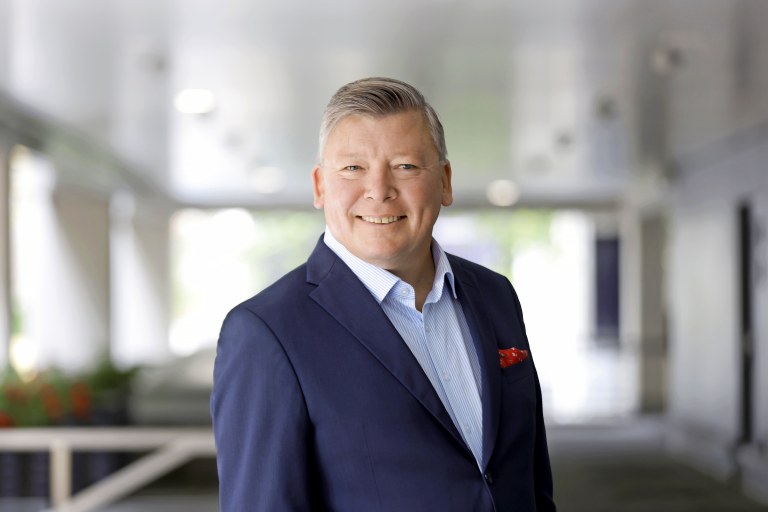 TEK’s Jari Jokinen reveals that he is inspired by molecular gastronomy and the chemistry of cooking.

Another difference between the two candidates becomes clear when the topic of hobbies comes up. Jokinen mentions culture, cooking and enjoying a cup of coffee on the market square as his favourite pastimes, while Löfgren chooses exercise – whether it be running or skiing.

Those are the biggest differences between the two candidates that were revealed during the panel. But the panel discussion continued on some major themes that concern the members of Akava:

Jari Jokinen also mentions continuous learning in addition to the erratic funding. According to Jokinen, the opportunities for adult education and learning while working should be improved.

Role of central organizations in the 2020s

Jokinen points out that Akava’s efforts to influence legislation are not that visible, especially not to the younger generations.

“Akava can sit at negotiating tables to which individual unions do not have access. These are the tables where laws that concern the members of Akava are drafted. The work that Akava members do is changing rapidly: multi-location work is becoming more common and when it comes to remote work, for instance, the law lags far behind reality! We have a lot things to advocate for.”

Löfgren agrees and points out that, in addition to labour legislation, it is Akava’s role to influence issues relating to social security.

“Akava has a good outline for reforming the social security system, but we need to make this outline more concrete. We need a more incentive-based social security. In addition, as Akava, we can also influence the debate on tax policy.”

(The article continues after the image.) 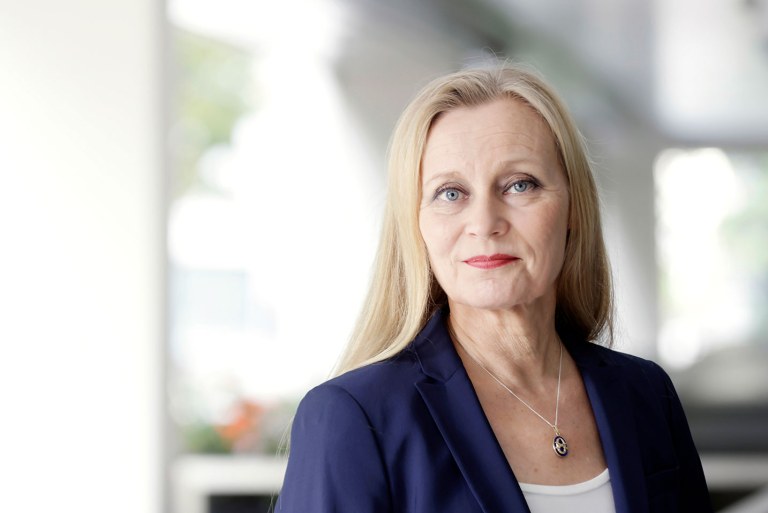 JUKO’s Maria Löfgren reveals that she has a bold sense of humour that she sometimes needs to restrain.

Both Jokinen and Löfgren mention the legal and salary advice provided by unions as a valuable benefit for members.

Jari Jokinen believes that it is important to increase the buying power of Akava members and improve the competitiveness of Finland. This can be achieved through an increase in competence-based growth and activity.

“Finland must make creditable investments in RDI activities. That will lead to new employment and jobs for everyone. The collaboration between schools and businesses should be seamless,” says Jokinen, outlining his vision.

Maria Löfgren believes that it is important to educate talent for future needs and for the industries suffering from a shortage of labour. In addition, the focus of taxation could be shifted to adverse impacts – this would also boost the green transition.

I am a professional negotiator and I know how to find solutions.
- Maria Löfgren

Jokinen would reduce the tax on earned income across all income brackets and thereby increase the incentive to work. He also emphasizes that any problems with mental health and the ability to cope should be addressed much sooner than they are now.

“Mental illness is the number one cause of disability pensions, not, say, musculoskeletal disorders. Working life has become more brutal.”

The election for Akava’s new President will take place this autumn, as Akava’s current President Sture Fjäder will be stepping down prematurely before the end of his four-year term. A document that turned up in June sparked discussion as it stipulated that Fjäder would serve only two years of his term as President. The agreement had been signed not only by Fjäder himself, but also by Jokinen, in addition to the then President of the Trade Union of Education in Finland OAJ Olli Luukkainen and the then President of the Finnish Business School Graduates Timo Saranpää.

During the panel discussion, Jari Jokinen said that he did not consider the document necessary at the time and admitted that signing the agreement was a mistake. However, as the representative of the largest member union of the electoral alliance, he did sign the paper, because according to Jokinen, not everyone trusted Fjäder’s verbal assurances.

Löfgren, who has not sat on the Board of Akava, has only heard rumours about the case, but urges everyone to move on and look ahead.

“Let this be a lesson for us. Let’s work towards an Akava where such deals are not made. We are now on the verge of a battle in which either one of us can become the next President!”

“The member organizations of Akava choose the President. Maria and I are ready to support each other, no matter which of us is elected.”