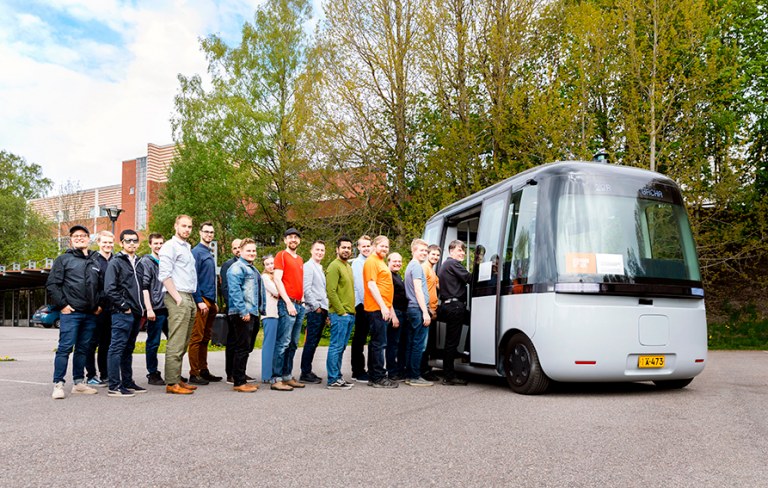 TEK and TFiF honour the best creative idea with the Finnish Engineering Award. Submit your candidate by the 25th of April.

Pride of the profession. A creative idea that facilitates life. An engine of export. A gadget that was incredibly fun to make.

Can you think of any works of engineering or architecture that fit this description? Maybe you yourself have been involved in a project that represents Finnish knowhow at its best. Or maybe you know of a stroke of genius that has not received enough praise and adulation. Please, let us know about it!

Academic Engineers and Architects in Finland TEK and Tekniska Föreningen i Finland TFiF annually grant the Finnish Engineering Award to a person or work group for a meritorious innovation and its practical application. The search for candidates is now open.

Everyone can submit their candidate for the award. You may even suggest yourself as its recipient. TEK’s Technology Committee chooses the finalists from among all the proposed candidates. The winner is decided by the boards of TEK and TFiF.

If the coronavirus situation permits, the award ceremony will be held on the 11th of November in conjunction with TEK’s 125th anniversary celebrations in Dipoli in Espoo. The award consists of 30 000 euros – and plenty of fame and glory.

– We wish to appreciate and reward engineering that changes the world and society for the better in a significant way. The award is also a great way to promote the significance of the work our profession does and highlight its importance for all of Finland and the world at large, says TEK’s CEO Jari Jokinen.

– There is nothing so small or insignificant that could not be part of something grander in the long run. It is important to encourage people in the field of technology and highlight our own inventions to inspire others to participate in continuous development, says Annika Nylander, the CEO of TFiF.

Since then the award has been given to such luminaries as the team that found a way to reduce the time needed for secondary fermentation in the brewing of beer (1995), the developers of Suunto’s new generation of wrist computers (2004) and Vaisala’s weather radar team (2011). Recent examples include the developers of a family of hormonal intrauterine devices (2017), a work group that advances the technology of space satellites (2019) and the team that developed the Sensible 4 self-driving bus (2020).

The award is granted for the promotion and commercialization of Finnish technical knowhow. According to the rules of the award, the awarded work may have already been completed before the previous winner was chosen.

– State of the art engineering will only grow in significance in the future as we need to build our societies on a sustainable basis. We need world-class innovations that also result in new export opportunities, and Finnish engineering expertise is a good breeding ground for those, says Jussi-Pekka Teini, TEK’s Adviser on Engineering Sustainability.