Each year, more than 500 foreign students graduate from Finnish technical universities, but they struggle to find work even with the right degree.

According to the survey for graduates of 2015 conducted by TEK and technical universities, only less than one third of foreign graduates had a job at the time of graduation, while 65 per cent of Finnish graduates were already employed.

A bit more than 64 per cent of the respondents had been attracted to Aalto University by the free education, and two thirds stayed in Finland even after graduation. Of those who stayed here, almost 67 per cent were employed, 44 were graduate students and one out of ten were unemployed.

According to the respondents, the biggest obstacles of employment were poor Finnish skills and the lack of networks.

Finland is a good place

Of the students who responded, almost 78 per cent find that Finland is a good place to live. Two out of three would also stay here if permanent employment was available.

– It looks like most grow to like Finland, even though they originally arrived specifically because of the free education, Ferm says.

More than 70 per cent would recommend Finland to others as a place of study, and a bit more than 25 per cent might recommend it, which reflects their satisfaction. This means that only less than five per cent gave a negative answer.

In addition to the free education, good educational system and quality of education are cited as benefits of Finland, among other things. Only the language barrier and the difficult employment situation seem to stand in way of enjoying Finland.

Foreigners who graduated from Aalto have been searching for work using the well-known methods: answering to employment ads, utilising their networks and sending open applications.

One fifth of the respondents had managed to land their first job in the organisation where they had made their thesis. That’s significantly lower than for Aalto graduates in general, as according to the latest feedback survey, 43 per cent are employed by the said organisation.

Only few respondents had been able to utilise a network, and almost 75 per cent felt that the lack of contacts was a major obstacle to finding employment. Foreign graduates seemed to have very thin networks. Almost 60 per cent stated that they only knew 0–10 people in Finland, and one out of ten felt that they were not a part of any group here.

– Language sets a high barrier for networking already during studies and for participating in student activities, for example, Ferm says.

Room for improvement in employer attitudes

Respondents to the survey felt that their background as such was an obstacle for finding employment. Almost 18 per cent found that discrimination was preventing employment, and approximately 27 per cent said that employers don’t trust immigrants. Almost a fifth also felt that the Finnish labour market does not value international skills.

Foreigners graduated from the international Master’s Degree Programme in Industrial Engineering and Management (IEM) at Tampere University of Technology are finding employment in Finland to a high degree. Achieving this has required a bit of pondering and a lot of investment. University Lecturer Jouni Lyly-Yrjänäinen, who is in charge of the programme, has paid special attention to the employment of foreign students right from the beginning.

– When we started our IEM programme in 2007, there was not much talk about the employment of foreign students or any problems related to it. International education programmes were important for the university in terms of globalisation, and the employment perspective had perhaps been forgotten a bit with all the buzz that was going on, Lyly-Yrjänäinen says.

The IEM programme wanted to make sure that international students would find employment and that the investment on education would benefit Finnish society. TUT understood, for example, that working in production development or financial administration often requires being able to work in Finnish.

– We therefore decided that we will train our students from developing countries—or future markets—to become professionals in acquisitions and sales.

The idea and focus of the programme have proven to be successful. Two foreign students out of three have an employment contract at the time of graduation, which is clearly higher than in other technical universities.

In addition to sales and acquisition skills, TUT also wanted to introduce the Finnish way of working to the international students.

– This is an absolute necessity if we want these students to bridge the gap between our culture and theirs.

Lyly-Yrjänäinen explains that the programme invests a lot of time in the reflection about typical peculiarities of Finnish working life, as the foreigner is usually responsible for integration into work in Finland.

– Foreign cultural characteristics and methods of operation are understood more and more, but we are still not exactly meeting people half way, Lyly-Yrjänäinen says.

As an example, many have found it confusing that Finnish companies expect a high degree of independent initiative, whereas international students are often used to a very hierarchical study and work culture. The management of employees is based on clearly defined orders, and raising new ideas with a superior may even be considered as impolite. A foreign student may appear passive in projects or employment interviews, but it is usually caused by cultural reasons such as this.

– Breaking these models of thinking and operation is challenging and takes time. When international students get to experience first-hand how young people are treated in Finnish work culture, they are even more eager to stay in Finland.

TUT’s IEM programme finds a company project for each student, which is executed in cooperation with the teacher during the studies. This mentor-based working together provides opportunities for dialogue with the teacher and helps ensure that students have actually understood the central learning goals of the programme.

– We see amazing project work and ideas every year, and the students are proud to present them to the representatives of companies. The students are always impressed by how even experienced business management professionals listen to the analyses and perspectives of the students.

In addition to learning and getting to know working life, students also build up references which are worth their weight in gold when looking for employment.

– In terms of employment, having Finnish references is important for international students, and this doesn’t happen unless we bring the students to Finnish companies. The students often end up presenting their projects and the seminar papers based on them in their job interviews, Lyly-Yrjänäinen says with a smile.

The company projects have also given Lyly-Yrjänäinen a good insight into the skills, needs and wishes of international students. Based on this experience, he would be willing to question the all-round education approach and idealisation of freedom typical of Finnish university studies.

– The more accurately specified product and “pipe-like” the international Master’s programme, the better. A clearly defined common study path helps students form a group so that the students are not left alone, which is very important in terms of completing the studies.

Lyly-Yrjänäinen feels that a major shift in attitudes must be achieved soon, because tuition will be charged from foreign students already next year.

– The students’ requirements concerning teaching will certainly increase after that. If we promise that they will get a Master’s degree in two years, the curriculum must also make it possible. I’d dare to say that this is not realised in all international Master’s programmes at the moment. We also have something to learn from foreign universities when it comes to responding to the needs of foreign students who are paying for their education.

– A clear specification of goals is something that international programmes should focus on if they want to be successful. Connections with working life help build such elements into programmes which make them attractive from the employer’s perspective, he says.

Suomala points out that the two-year target schedule for Master’s programmes is also a challenge for persons planning the course of studies. Special focus should also be paid to the abilities of foreign students to study independently and to the tutoring needed.

In his opinion, visibility and marketing to applicants should be built systematically based on networks which are already active, perhaps in cooperation with selected companies. 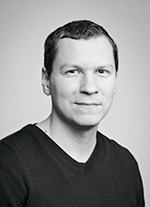 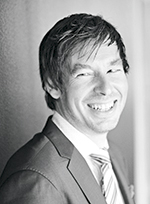 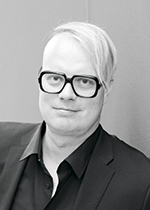