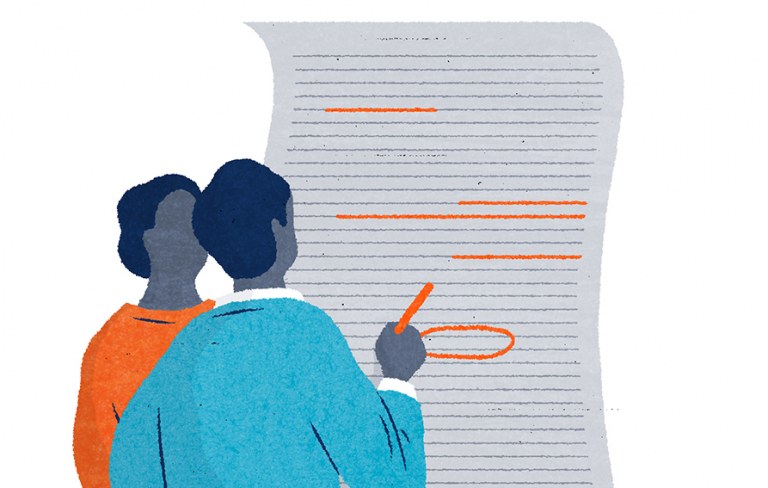 What can employer change unilaterally in a work relationship?

Neither party to an agreement may alter an essential term of the agreement without consent from the other agreeing party.

Sometimes an employment relationship changes over time. One's employment relationship can be changed by joint agreement in many cases. However, the scope of changes that can be done unilaterally is much narrower. The often cited term here is the employer's right to direct the work, which means that the employee must adhere to the employer's instructions and commands. It is not always clear which things fall under this right and which do not.

As a rule in labour law, neither party to an agreement may alter an essential term of the agreement without consent from the other party.

If a company that employs over 20 employees is facing economic challenges or there is a need for the reorganisation of work, the company must enter into cooperation negotiations. After these negotiations the company can state that the amount of work has been reduced and that employees might have to be terminated or furloughed. In such an instance the company is obliged to look for reallocation and training opportunities for these employees and see if they could be moved to new positions. This must be done prior to termination.

The new position may come with new terms of employment

So if an employee has a period of notice of 4 months, for example, and they are offered a new position after cooperation negotiations, the new employment terms would enter into effect after this 4 month period of notice has passed.

In some instances it can be agreed that the new job begins before this period of notice has passed, but even in these cases you should still agree that the new terms of employment only enter into effect once the period of notice has passed. Here an offer of new work means a specific and concrete job offer that contains adequate information on the work tasks and makes the employment terms understandable to the employee.

Salary is an essential term

Essential terms in an employment relationship include salary and the primary job description. In practice, a person's salary cannot be touched without grounds for termination. When salary cuts are justified on collective grounds, it also requires that other reorganisation efforts are taking place and that the salary cuts are necessary to improve the company's operational conditions.

Performance bonus systems have been considered to fall within the employer's right to direct the work, especially in instances where the company has reserved the right to change the system on an annual basis, for example. In the Supreme Court case KKO 2010:93, the company in question had also refused to include their performance bonus system in the employment contract. Even though it is possible to change the terms of these systems, the entire system can only be discarded if it has been said or intended to be temporary. The terms of the performance bonus system can require, for example, that the employment relationship is in effect on the date when the bonus is paid.

The job description should be defined precisely in the contract so that both parties know which tasks the employee is committing to undertaking.

Job tasks are also essential content of the employment relationship. The looser the job description on the employment contract, the more the employer has room to alter the nature of the work. For this reason, the job description should be defined precisely in the contract so that both parties know which tasks the employee is committing to undertaking. Employment contracts often contain a clause that states that the employee's job tasks also include other tasks designated by the employer. Here the contract could emphasise the temporary nature of such work tasks, that the employee would be performing these other tasks only on a temporary basis, which would remove the opportunity for unilaterally changing one's job description.

Place of work is also negotiable

There are some cases where the place of one's work has been changed. In the event that the place of work is specifically defined in the employment contract, changing it has been deemed to require grounds for termination even if the change would not cause one's commute to grow longer.

Legal praxis has also highlighted the fact that terms that have been specifically agreed upon must be considered essential. The necessity of the change also bears meaning. For example, in one instance an employee's place of work could not be changed because it would have increased the employee's daily commute by 100 kilometres (TT:1989-9).

The crucial thing about these changes that fall outside of the employer's right to direct the work is that they may be made possible by an existing justification for termination.

The author works at TEK as an employment lawyer.

Legal advice is available both in person and through a flexible 24/7 online service. The TEK legal advisors will:

The eLawyer service also provides answers to the most common legal questions. Also check out the TEK legal information pages and FAQ at www.tek.fi/en/legal.