The level of participants in this year's TuKoKe science competition was high. Children and young people met at the final event of the competition in Espoo in early April.

In the main category of the TuKoKe competition, which includes upper secondary school students and vocational students, there were two winners this year. Adam Yousfi won the award for best research work and Miro Keimiöniemi for best applied work. TEK and Opinkirjo organise the TuKoKe competition annually for participants aged 4-20.

– I developed the method as a hobby in my free time. I didn't find it stressful because hobbies come from my own interests, he says.

Yousfi and Keimiöniemi will represent Finland at the EU Contest for Young Scientists (EUCYS) in the Netherlands in September.

– The informal place names in Maunula are very primary and more often related to nature than the modern names. One funny name, for example, is a stretch of road called Kusikuja (“piss alley”).

The jury selected Tarmo Sorsa, Joonatan Korpela and Justus Hansen to represent Finland in the United States at the ISEF science and engineering fair in May. Korpela and Hansen’s study investigates the coverage of the charging infrastructure for electric cars in Finland. 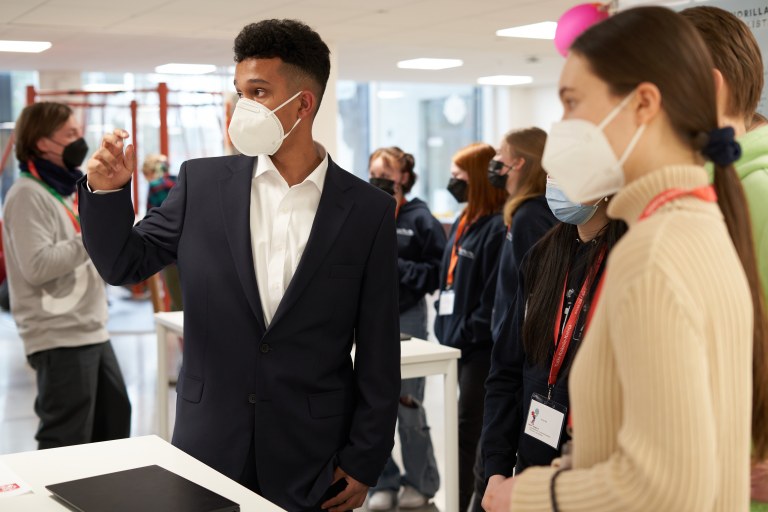 Manu Kiiskilä (in the middle)

In the older students’ category, the winner was Manu Kiiskilä from the Finnish International School of Tampere (FISTA), who was also selected by the jury for the ISEF science and engineering fair. Kiiskilä's work presents a way to use a single 2d image to quantify a room by estimating the depth and width of a room along with relative distances to the furniture in the room. This is accomplished by emulating human vision processes along with using machine learning techniques such as semantic segmentation and object recognition. The experts noted Kiiskilä's ability to use machine learning to solve the problem.

The junior category winner was Adam's sister Asiya Yousfi, who is a student at Puistopolun peruskoulu in Helsinki. Yousfi's research was on the ecology of Lake Pieni-Mäntynen in the Vuoksi drainage basin. She also won her category last year. Inspired by her research, she has written a book entitled Mystinen lipas – Itämeren aallokoiden uumenissa ("Mystical Box – In the Depths of the Baltic Sea"). 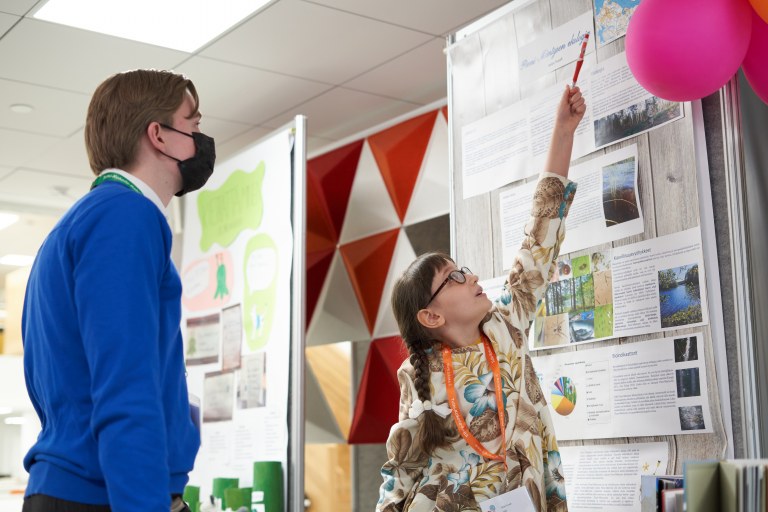 Asiya Yousfi (on the right)

Second place went to Veera Ojanen, Minja Stålhane and Elvira Himberg from Kartanonkosken koulu in Vantaa. They studied the prevalence of aphantasia in young people and the impact of aphantasia on performance in tasks requiring visual thinking. Aphantasia is the inability to create mental images in one’s mind.

Mandi Peteri, Aili Rötkönen, Veera Mäkinen and Vanessa Ojala, students at Syväsenvaaran koulu in Rovaniemi, came in third. Their study focused on the school meals of students in years 5 and 6 at their school.